FoNIJ, the Federation of Nepalese Indigenous Nationalities Journalists, is a forum for the journalists representing indigenous communities to advocate on indigenous issues for an integrated development.

Later, it became “FoNIJ” in 2013. It has 45 district chapters and 8 member organizations across the country and 3 foreign branches in Hong Kong, The United Kingdom and South Korea.

FoNIJ has more than 1500 members in which women members are more than 400. 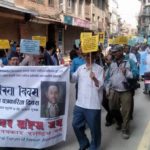 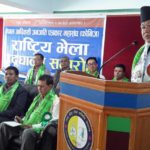